You’ll recall that the Eastern Poker Tour cancelled the $30K Championships at the last minute – 1:22 PM, Friday the 27th – less than 24 hours before the start of the event.

I did not get the e-mail until 6 PMish Friday night. I immediately contacted Travelocity and was informed that the hotel reservations I had in Rockland, MA were non-refundable. The Travelocity customer service person was happy to “reschedule”, but, I would still be charged in full for the weekend of the 28th and 29th.  After all, it was already past check in time (4:00 pm) for the first night. I asked what the charge would be to cancel the reservations all together and was told that the cancellation fee would be the “full charge” for the room for the two nights.

Okay, so then I thought that if I connected with someone at the front desk of the hotel,  I would be able to reschedule the reservations, convert the reservations to another hotel in the area, receive a credit to be used within the hotel chain, etc. Well, I couldn’t get to the front desk. I called the 800 number on the website and was told by the customer service person that because I had made the reservations via a third party and not directly with the hotel chain, that they could not help me. They did not have access to my records, etc. and I would have to deal with the third party.

And…what were all the other players doing?
There were approximately 800 players expected over the 2 days of no limit hold em tournaments. Surely, I was not the only one to get locked into hotel reservations. The hotel where the Eastern Poker Tour had blocked rooms was only honoring cancellation requests that came in before 4 pm on Friday.  The Eastern Poker Tour sent the cancellation email at 1:22 pm Friday and posted the cancellation on its blog at 1:48 pm Friday – giving those players a mear 2.25 – 2.5 hours notice! How many received/read the email in time?  How many read the blog? I suspect there are a lot of PO’d players. I look forward to connecting with them to see what they are going to do to recover
their hotel expenses. 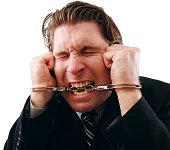 Okay, so now I’m not playing in the no limit hold’em tournaments that I had worked so hard to qualify for since February, AND, I have reservations for the weekend at a hotel in Rockland, MA.

Ticked off and left high and dry for plans for the weekend, I finished my laundry, packed my bag and headed to Rockland! WTF was I going to do?