Day two of the Big One no limit hold’em tournament was played today.

Today was very different from yesterday. Being at the Big One was like being in a police state. Guards and security everywhere you looked. And they were not very pleasant, either.  All action was played behind a wall of bleachers and black curtains. When the tournament got down to 3 tables (24 players), they played at the tables farthest away from the entrance and the spectators. 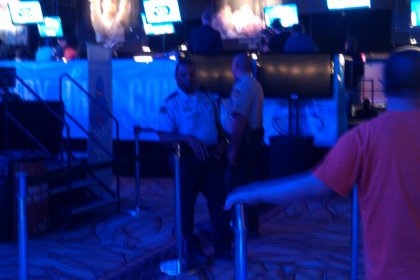 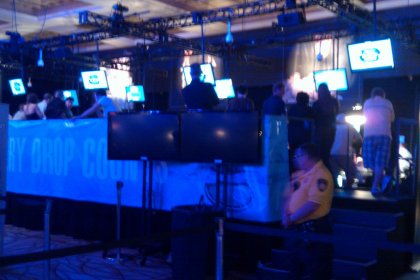 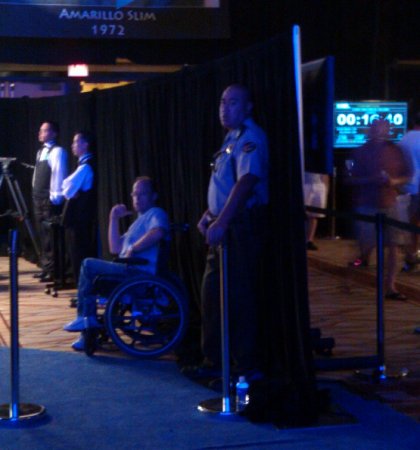 Made me grumpy. It is Guy Laliberte’s perogative to let spectators in or not. My gripe is that the lock down was never mentioned in any of the reading that I did before flying in to see the tournament. It is being played during and in the same location as the WSOP, so you would expect the normal WSOP mode of operation. Had I known about the lock down, I would not have come to Las Vegas at this time.

Expectations for the final table tomorrow?

I asked some of the guards, a floor manager and one of the lead ESPN people how the area would be cordoned off tomorrow and no one knew. Really?

One interesting thing that did happen today was that they brought in a ton of money and laid it out and took pics and filmed it.

Happier times yesterday. Sitting in the first row of the spectators section, I snapped this of the featured table.